My husband and I spent a weekend away to celebrate our 16th wedding anniversary. We looked for a place that was within driving distance, had new bookstores to visit, and had good outdoor activities. The best choice for us was Charleston, South Carolina. Since I already had a bookish itinerary somewhat planned for a pre-Covid trip, I whipped it out and reapplied it. Literary Charleston, here we come!

For our full day of exploring Charleston, we visited two bookstores, took a walking tour titled “The Lost Stories of Black Charleston,” saw a beautiful cemetery, and ate at a restaurant celebrating a famous (and infamous) author.

So, let’s start with Edgar Allan Poe. Though I myself am not a particular “fan” of Poe or his work, I have bumped into him in several of my travels (in Boston and in Charlottesville, Virginia).

As the story goes, Poe was stationed on Sullivan’s Island from November 1827-December 1828. During that time, he fell in love with a young Charlestonian woman named Annabel Lee. Her father, however, did not fall in love with Poe. When Annabel died early of illness, the rumor holds that her father buried her in an unmarked grave in the Unitarian Church graveyard so that Poe would not be able to locate her.

Is she the Annabel in Poe’s poem “Annabel Lee”? Many people would say, “yes!”

I’m not a spooky-tour kind of gal, but in the course of my travels I have come across some beautiful, some intriguing, and some memorable graveyards and cemeteries. I added the Unitarian Church graveyard partially because of its rumored literary connection and partially because it was described as a natural garden of sorts in design.

And, it is a beautiful (some say spooky) space of arching trees dangling Spanish moss over ancient grave markers. Flowers and flowering bushes bloomed large and wildly. The paths were clear enough to pass through, the markers were cleared to be visible. This is not an unkempt space, but it is unmanicured and oddly, full of life.

So, if you’re a graveyard/cemetery person, definitely visit this one. Entrance is free and it is open from 9 AM-2 PM.

The graveyard with its alleged connection to Poe’s lost love was our first official literary stop for the day. Our last literary stop was also a Poe-inspired place.

Sullivan’s Island is a 10-15 minute drive from Charleston across a pretty cool-looking bridge. If you’re going for a beach trip, I’ve heard it recommended to get there early because traffic can get pretty backed up. As it was, we were headed to dinner, so we were arriving while everyone else was leaving.

Poe’s Tavern is a Poe-themed lunch and dinner spot with decent bar food, Poe-inspired drinks, and a fun ambiance. A gold-bug mosaic at the entrance is a nod to Poe’s short story, “The Gold Bug,” which was set on Sullivan’s Island. Incidentally, it was also the name of the burger that I ordered.

An image of Poe is on the bricks of the fireplace; quotes and nods to his writing are throughout the space; and in general, it’s just a fun spot to relax and have a good beach-y meal. It’s a great place to make a literary connection, maybe wonder about a couple of Poe’s works, and then relax with food and atmosphere. It is a popular spot so be prepared to wait a bit.

No tour of literary Charleston would be complete without a mention of a couple of its great bookstores. On one end of King Street, near the Francis Marion hotel, is Blue Bicycle Books. I loved the unique layout of this bookstore.

When you walk in you have a welcoming, but not overwhelming selection, of current and popular titles. In addition, they have a great display of local writers and authors. Everything from children’s literature to fiction to nonfiction is set out so that visitors and locals alike can find their new favorite South Carolinian author.

But then, you’ll notice that there’s a hallway leading to the back. Typically, this is a sort of “employee’s only” space, but in Blue Bicycle Books it leads to more reading options. The hallway wall on the left is lined with books and then on the right are a few rooms that are organized by genre, including one kids’ room. You may find some used bargains back here and the layout allows for browsing without overcrowding.

Loved this space (and I got the t-shirt to prove it!).

The second bookstore to mention is Buxton Books.

(For a literary bonus, it’s nearby to the Charleston Library Society which is in a beautiful building and the third oldest subscription library in the U.S.)

Located on the other end of King Street, Buxton Books is also the headquarters for Tour Charleston so we met there to begin our walking tour. Win-win!

The store has a fantastic selection of books. I loved looking through the staff selections on the left when you enter, and I found a couple poetry books that were easily displayed. For such an intimate space, they have created a sophisticated feel; and for such a large variety of reading options they have created a clean and uncluttered place.

Buxton Books was a great spot for finding a couple new books and a perfect spot to start a tour. Which brings me to the primary bookish recommendation for exploring literary Charleston.

Book nerds often get carried away with the significance of the written word. We forget that oral storytelling predates written stories. Historian Damon Fordham has curated a selection of people, places, and events that bring to life Black history in Charleston. I certainly can advocate for buying one of his books but taking the tour and walking the streets was a richer experience.

“The Lost Stories of Charleston” is a two-hour walking tour so pack good walking shoes.

(In general, Charleston roads and paths switch between cobble, brick, slate, and concrete so many times in a block that wearing sensible, supportive shoes is absolutely the best pro-tip anyone can give you!)

Fordham weaves music, personal stories, historical narratives, and contemporary experience into a compelling and informative tour. Two aspects stood out to me in particular.

First, we stopped outside of the Old Charleston Jail. It is truly the creepiest place I’ve seen in broad daylight. No need to take a haunted ghost tour to get the creepy vibe – it’s full-on spooky in the middle of the day.

Outside of the jail, Fordham pointed to bricks and asked what we saw. We leaned closer, and we recognized handprints. Earlier, he had talked about enslaved people making bricks – indeed within his own family history. Seeing human handprints set for eternity in those hardened rectangular surfaces that people have walked over for centuries was startling. For me, that impact alone was worth the tour, and I’ll never look at bricks, in Charleston particularly, the same again.

The second story that caught my attention was of the origin of the novel Porgy on which the musical Porgy & Bess is based. Dr. Fordham told the dramatic story of the original couple in Charleston who inspired the novel. Author DuBose Heyward, a Charlestonian, knew the original situation and developed his fictional narrative from that seed.

Porgy & Bess is considered a great American musical. Gershwin composed the score and many tunes are widely familiar. Like much of the literature from this time, conversations about racial representation are necessary to include in our understanding. For a thoughtful article about the appropriateness of Porgy and Porgy & Bess, consider this piece from 2019.

I have not read Porgy, but I was interested in doing so after learning about the Charlestonian connection. But then I discovered another book (big surprise for me) that intrigues me even more. Check out The Strange Career of Porgy and Bess by Ellen Noonan if that is of interest to you – I’ve not read it yet, but it’s now on my list.

Okay, I’m digressing a bit. Let’s wrap this up…

This was a fantastic way to spend a weekend in Charleston, SC. We actually did all of these things in one day, but you could certainly take a more leisurely pace, add in some historical sites, shop a bit, or relax longer.

Do you have another recommended literary stop for Charleston, SC? Add it in the comments!

If you’re looking for other literary travel stops, check out Bookish Boston, Literary New Orleans, and Charlotte for Book-Lovers. What other city has a good literary vibe? 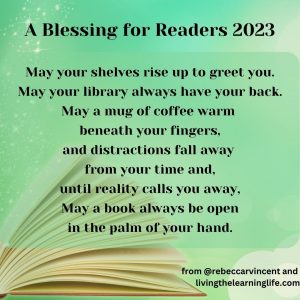